Constant Anxiety Won’t Save the World 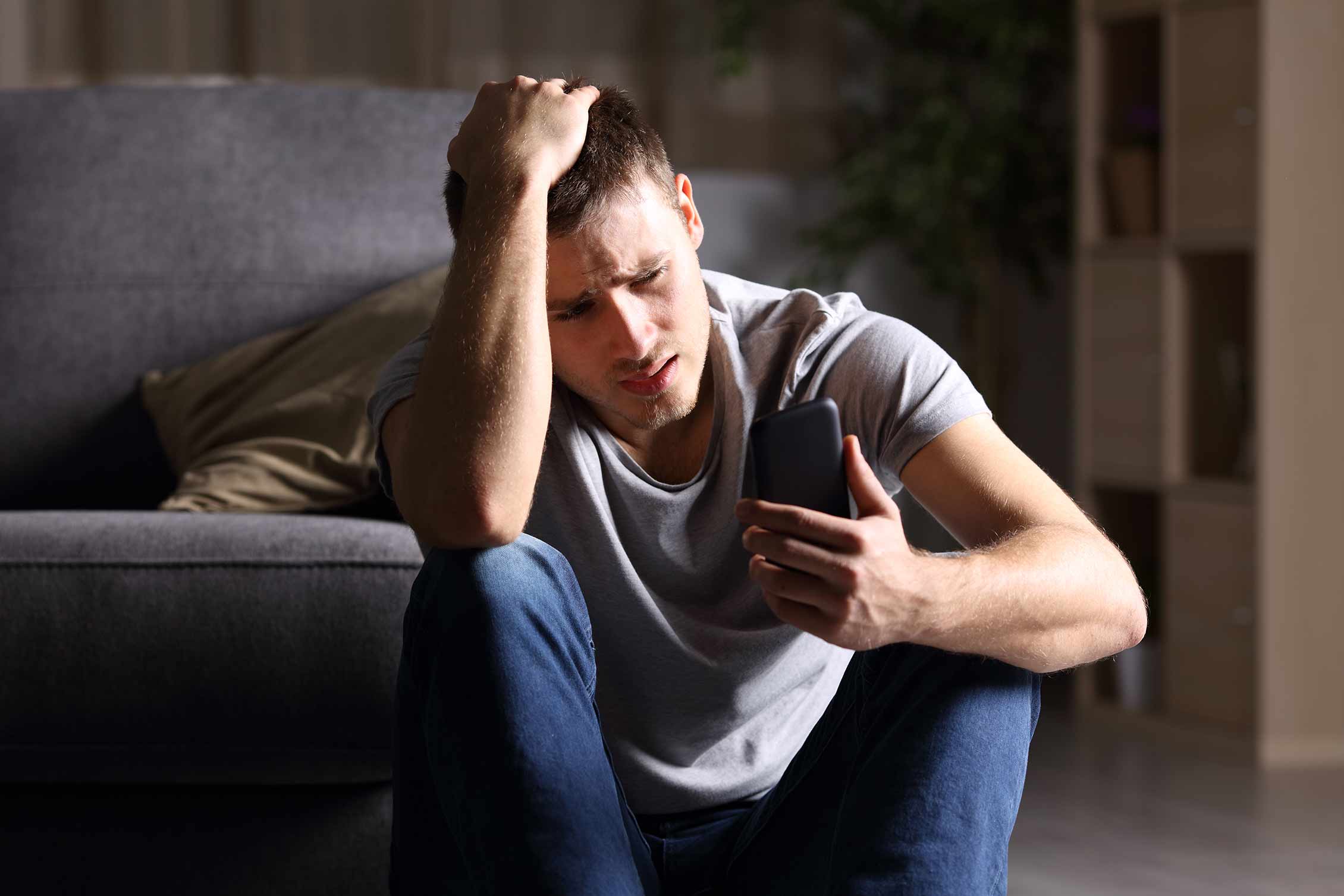 When New York Magazine published a story about the apocalyptic dangers of climate change last month, it was shared widely, and with alarm. People tweeted things like “Read this and get very, very scared,” or otherwise prescribed fear and worry as the appropriate reaction to the piece. They were mimicking the tone of the story itself, which starts by saying “It is, I promise, worse than you think,” and goes on to avow that “no matter how well-informed you are, you are surely not alarmed enough.”

This weirdly suggests that there is a level of alarmed that would be “enough.” Enough for what? Even if the goal is to alarm people into action, there’s a disconnect here: Anxiety is not a necessary prerequisite for action.

My colleague Robinson Meyer questioned how realistic the extremely bleak outlook of the article is—but I’m concerned not with its specific take on the climate science, but with its explicit call for anxiety, and the calls for anxiety it inspired among people who shared it. While the intentions might be good, moralizing worry distracts from the real goal by turning people’s attention inward to their own emotional states, rather than outward onto the problem.

“We make the assumption that if people are aware of how urgent and frightening and scary these issues are, then people will automatically translate that into ‘Oh my gosh, what kind of actions can I take?’” says Renee Lertzman, a psychologist who studies climate-change communication. “That’s just simply not the case.”

Emotional appeals have long been a mainstay of both politics and activism, but now on social media these appeals can come constantly from peers. Whereas the call of the Black Lives Matter movement and others to “stay woke” asks for awareness and alertness, sometimes people go beyond spreading awareness of the issues they care about to spreading anxiety and stress. They share climate articles and call for worry. They share stories of injustice, saying “stay angry.” New scandals of President Donald Trump’s administration are met with calls from his opponents saying “stay outraged.” Across different corners of the internet, people invoke fear that immigrants will take American jobs, that Trump will launch a nuclear war, that liberals are coming to take their guns away.

Studies show that anxiety can interfere with decision-making and working memory. “Excessive worry can lead to fatigue, lack of concentration, and muscle tightness,” Woodruff says. “The interesting thing is the fatigue and lack of concentration are the opposite of what people are trying to promote when they’re advocating for vigilance.”

These sort of posts are “a way of managing anxiety for those who are feeling deeply anxious,” Lertzman suspects. “When we’re anxious and we’re scared, we want others to feel it too. It’s contagious.”

Just as social media allowed fake news to spread untrammeled through ideological communities that already largely agreed with each other, it also creates containers for anxiety to swirl in on itself, like a whirlpool in a bottle.

“If you look at the right-hand side of the aisle, and the left, they’re each talking about the things they fear the most,” says Morrow Cater, the president of the bipartisan consulting firm Cater Communications. “The anxiety that you’re talking about—be vigilant!—it comes when you’re fearful.”

I would have thought that constant vigilance wouldn’t really be possible. But Scott Woodruff, the director of the anxiety and obsessive-compulsive treatment program at the American Institute for Cognitive Therapy, told me I’d be surprised. “The anxious mind and the worried mind can manage to bring back topics over and over again,” he says. “It is possible that people can really spend quite an amount of time every day worrying about world events.”

Studies show that anxiety can interfere with decision-making and working memory. “Excessive worry can lead to fatigue, lack of concentration, and muscle tightness,” Woodruff says. “The interesting thing is the fatigue and lack of concentration are the opposite of what people are trying to promote when they’re advocating for vigilance.”

If that stress and worry becomes chronic, Lertzman adds, “people get overwhelmed. They burn out and short-circuit and turn their backs on the very issues that they care most deeply about.”

This happens sometimes in activist communities. Cher Weixia Chen, a professor at George Mason University, studies the phenomenon of activist burnout. In interviews she’s done with activists, she’s found that common causes of burnout are: infighting within activist communities, a “culture of martyrdom” that prizes overworking and discourages self-care, and “deep sensitivities to injustice that made the slow process of social change difficult to bear.”

Activists pour a lot of emotional labor into their work, Chen says, which “heightens the risk of discouragement and despair when their work becomes too overwhelming.” Sometimes, for their health, people find it necessary to step away from activism altogether.

The symptoms of burnout include depression, anxiety, headaches and other physical ailments, substance abuse, loss of productivity, and trouble concentrating. The experience one activist in Chen’s study described is very much in line with what Woodruff said about how striving for vigilance can backfire:

“I was losing my capacity to think well … my sense of creativity and being able to see what is going on and identify ‘here is an effective strategy’ … It was like I had no sense about how to navigate that any more. My thinking was very muddy and I felt immobilized in terms of being able to produce any sort of work or take any sort of action.”

Chen, who considers herself both an educator and activist, says she thinks people who try to raise awareness on social media could be susceptible to a similar kind of burnout. “This new age of citizen activism—it’s a good phenomenon for social activism, historically speaking, but we need to find a way to make it sustainable. I’m very concerned.”

Part of the problem is that people feel that they should be worried—that worrying is a good and productive thing to do. And then they log in to Twitter or Facebook, and see their friends and others they admire reinforcing that message: Yes, you should be worried. And if you’re not, what’s wrong with you?

When people tell others to be more alarmed, “I translate that in one sense as equating worry and anxiety with nobility,” Woodruff says. “Many of us have the belief that if something’s important to us, then we should worry about it. Or that worry makes me a good person. We don’t need to worry to make us good people.”

Sometimes worry acts as a sort of superstition, or magical thinking. It “can provide us with an illusion of control,” says Woodruff. “We can develop the belief: ‘If I worry about this, that’s going to keep us safe.’” People may end up conflating anxiety with action.

“Many of us have the belief that if something’s important to us, then we should worry about it.”

Rosemary Randall, a psychotherapist based in Cambridge, England, says she’s seen this in people who worry about plane crashes. Even if she talks them through it, and they rationally recognize that their worry isn’t going to keep the plane from crashing, “they still find it very very difficult not to go through the ‘I’ve got to worry, otherwise the plane is going to crash.’ [They feel] it’s not safe to stop.”

Though several people I spoke to said that fear-based appeals to action don’t work, and may even backfire, there’s actually evidence that they do work. Dolores Albarracin, a professor of psychology at the University of Illinois, did a meta-analysis in 2015 of all available research on fear-based appeals and found that overall, inducing fear does change people’s attitudes, intentions, and behaviors. She and her team did not find a backfire effect.

But the fear appeals that Albarracin studied came with recommended actions. “If the message is not actionable, then you’re not going to get effects overall,” she says.

While people do put out concrete calls to action on social media all the time, there is also the “stay outraged” genre of posts, which are more calls to emotion than calls to action. Surely when people rile each other up and freak each other out online, the general intent is to move toward a solution to the problem they’re concerned about. But “you’re not going to get behavior if you don’t tell people what to do,” Albarracin says.

“People try to frighten others because they’re frightened themselves. It’s about panic,” says Randall, who has studied the psychology of climate change. “It’s shouting ‘Fire,’ and what we know about shouting ‘Fire’ is it’s not a great idea. It’s much more sensible to say ‘Ladies and gentlemen, we have a small problem in the theater. I’d like row one to get up and leave, I’d like row two to get up and leave,’ etc.”

If logging into Facebook feels like opening the door on a theater full of people shouting ‘Fire,’ the overwhelming number of messages could dull their effectiveness. “In the end, there may be compassion fatigue among the public,” Chen says, which is a phenomenon where, after being exposed to a lot of suffering or calls for help, people experience reduced empathy for and interest in that suffering.

Ultimately, your personal anxiety has no effect on the world around you.

“I don’t think [fear-based messaging] is responsible or respectable,” Cater says. “We’re just at a moment in history where we haven’t mastered what technology has done to the way we communicate yet, so we’re being whipped around by it.”

“I actually think there are better strategies than fear,” Albarracin says. “But that doesn’t mean that fear does not work.”

In Albarracin’s meta-analysis, fear appeals worked best for one-time behaviors, like going to get screened for a particular disease. She would expect them to work less well for longer-term commitments. It might be easier to scare people into a one-time donation to a cause than to get them to join an organization and attend regular meetings, for example.

As for what would be a better way to communicate: “We need to see much less messaging and much more conversation,” Lertzman says. “Instead of sending a message that says, ‘Urgent: Donate or sign this petition now or we will lose the sequoias,’ another tactic could be, ‘We get that it must feel like everything is under assault, and you’re probably feeling powerless and sad. And that’s why it’s more important than ever that we work together.’ It’s a more relationship-oriented approach.”

For people looking to protect their own mental health and not get so overwhelmed that they disengage from the issues they care about, Woodruff advises “differentiating worry and anxiety from positive action, and separating productive worry from unproductive worry.”

Ultimately, your personal anxiety has no effect on the world around you. Worry is not action, and knowledge, while important, is not action either. Randall cautions against getting caught up in following every minute detail of an issue.

“Whatever the issue is, once you’ve found out about it, stop,” she says. “That’s enough. You know about it. Then you need to decide what you’re going to do.” As an activist she interviewed once told her, she said, “‘Action is the antidote to despair.’”

Julie Beck is a senior associate editor at The Atlantic, where she covers health and psychology. Reprinted from TheAtlantic.com.
previous article

Lessons on Aging Well, From a 105-Year-Old Cyclist

The Rise of Functional Medicine