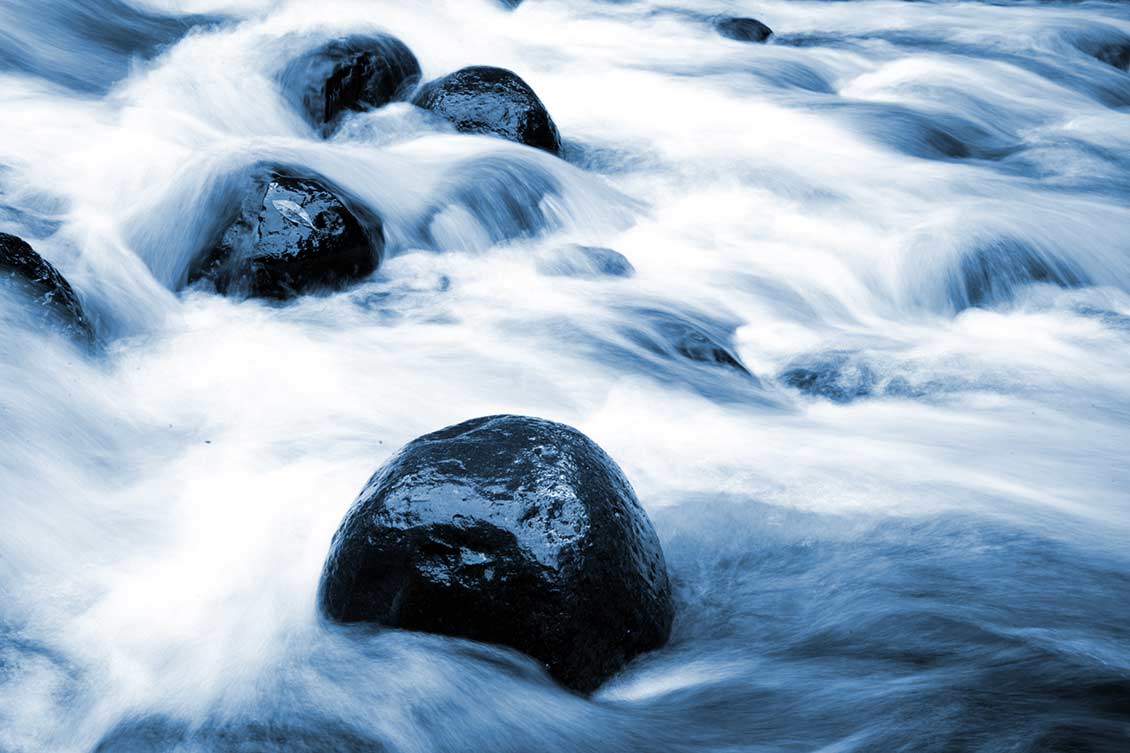 It was a day like any other, and I was just doing a normal thing… I was getting groceries at the supermarket.

One moment shifted my awareness of how life could be, if I lived in the flow of it rather than always pushing upstream toward the future or spiraling downstream toward the past or sitting stagnant in my thoughts of what to do with my present moment.

I came out with my groceries and put them in the trunk of my car. I turned to head back into the store to put the cart back in it’s rightful place when I saw a smiling woman to my left.

She was going into the store and said “take that for you?” and, without slowing her step or adjusting her trajectory into the store in any way, she took the cart just as it left my hands and I turned, almost like I was dancing, and swirled back toward my car and got in, saying “thank you” over my shoulder as I turned.

As I put my key in the ignition, I stopped. Well, actually, it was more like my consciousness stopped me and insisted I honor the moment and the awareness.

Her actions in that briefest of moments bespoke a person who has, either consciously or unconsciously, decided to flow with life. I can think of no higher spiritual intent than to be in flow with life, because it requires being fully present in the only moment we ever have… NOW.

I realized in that moment that what I had just seen exampled for me, by this unknown woman, was life in the flow of life, perfectly in sync with the present moment.

It was a Sacred Moment for me, illuminating the power of one moment in the flow.

On the surface, it was not that big a deal. She saved me about a minute of time and effort by taking the cart.

However, as I sat there with my hand on my car keys, I realized something profound. I realized that this was not a one-time occurrence for her. She had to live that way, or she would have missed the moment.

Her actions in that briefest of moments bespoke a person who has, either consciously or unconsciously, decided to flow with life. I can think of no higher spiritual intent than to be in flow with life, because it requires being fully present in the only moment we ever have… NOW.

from a place of high spiritual intent…

from intention to be present and available at every moment for the facilitation of the highest good of everyone with whom I connected?

I wondered what life would be like if every moment were in the flow for me?

If I had done what I normally do, I’d have been so focused on getting the cart back, getting in my car, getting home, getting my groceries into the house, etc. that I would not even have been able to release the cart.

That day, for whatever reason, I allowed the universe to assist me and her. She got a cart she needed in the flow of her trip and I released the one I no longer needed in mine. And we both got these gifts of support without veering an inch from our path or missing a beat in the exchange.

Is it possible that entire days could be lived like that?

And what if every person lived liked that? What kind of world would we see blossom in front of us within a day of every person surrendering to universal flow?

I began to notice myself as I moved through my day and encountered other beings. The next time I was in the supermarket, I kept myself aware of moments to be in the flow rather than against it in some way. It wasn’t so easy.

For example, I saw a man walk up who only had one or two items and I had a thought that I could let him get in front of me… but by the time I had that thought, he was almost past me and it was awkward to say. I turned, and watched him walk to the next line and knew I’d missed a moment by being in my head about it.

This living in the flow isn’t something that can be thought about ahead of time. It is an openness to the moment that must be present in me. It is letting the Universe Flow around me without thinking about my part in it, somehow.

I continue to work with this awareness and am grateful for the woman who so brilliantly demonstrated the power of it. I’ve consistently seen that, whenever a moment appears and I start to think about what to do about it, I lose it. The opportunity is gone.

Neva Howell is a wellness counselor, energy medicine worker and writer with training in herbology, reflexology, Reiki, Cranial Flight and other energy medicine modalities. Other articles are at her website askahealer.com.
previous article